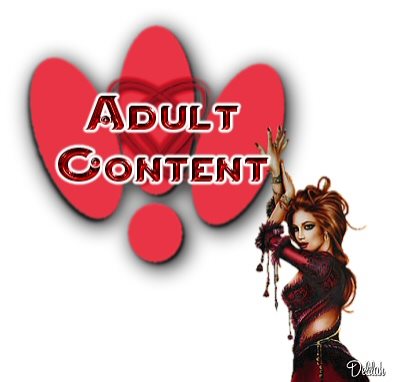 Legs In The Air

His father thinking quickly said, "Son, that's so God can reach down from the clouds and lift the rooster straight up to heaven."

"Well Dad, I got home from school early today and went up to your bedroom and there was Mom flat on her back with her legs in the air screaming, "Jesus I'm coming, I'm coming" If it hadn't of been for Uncle George holding her down we'd have lost her for sure!"

Teacher: "Johnny, can you tell me the name of 3 great kings who have brought happiness and peace into people's lives?"
Little Johnny: Drin-king, smo-king, and fuc-king.

Tony had just finished reading a new book entitled, 'You Can Be The Man of Your House.'
He stormed to his wife in the kitchen and announced, 'From now on, you need to know that I am the man of this house and my word is Law. You will prepare me a gourmet meal tonight, and when I'm finished eating my meal, you will serve me a sumptuous dessert.
After dinner, you are going to go upstairs with me and we will have the kind of sex that I want. Afterwards, you are going to draw me a bath so I can relax. You will wash my back and towel me dry and bring me my robe.
Then, you will massage my feet and hands. Then tomorrow, guess who's going to dress me and comb my hair?'
His Sicilian wife Gina replied, "The f**king funeral director would be my first guess."

A magician worked on a cruise ship. The audience was different each week, so the magician did the same tricks over and over again.
There was one problem. The captain's parrot saw the shows each week and began to understand how the magician did every trick. Once he understood, he started shouting in the middle of the show "Look, it's not the same hat!" or, "Look, he's hiding the flowers under the table," or "Hey, why are all the cards the ace of spades?"
The magician was furious, but couldn't do anything. It was, after all, the captain's parrot. Then the ship sank. The magician found himself on a piece of wood in the middle of the sea with, as fate would have it, the parrot.
They stared at each other with hatred, but did not utter a word. This went on for a day and then another and then another.
Finally on the fourth day, the parrot could not hold back and said,

This letter was sent to the School Principal's office after the school had sponsored a luncheon for seniors. An elderly lady received a new radio at the lunch as a door raffle prize and was writing to say thank you.
Dear Lions Bay School,

God bless you for the beautiful radio I won at your recent Senior Citizens luncheon. I am 87 years old and live at the West Vancouver Home for the Aged. All of my family has passed away so I am all alone. I want to thank you for the kindness you have shown to a forgotten old lady.
My roommate is 95 and has always had her own radio; but, she would never let me listen to it. She said it belonged to her long dead husband, and understandably, wanted to keep it safe.
The other day her radio fell off the nightstand and broke into a dozen pieces. It was awful and she was in tears.
She asked if she could listen to mine, and I was overjoyed that I could tell her to f**k off.
Thank you for that wonderful opportunity.
God bless you all.
Sincerely,

A woman is learning how to golf. She has been teaching herself to play for more than three months and she is really bad. She decides to consult a golf pro.
When she sees the golf pro, she explains how bad she is and he tells her to go ahead and hit the ball. She does. The ball goes about 50 yards into the brush slicing to the right. The golf pro says to the woman, "I can see that you have a lot of problems. Your stance is bad, your head is all over the place, and the worst thing is that grip."
When she asks what can be done to fix the situation, he suggests, "Grab the club gently, as if you were grabbing your husband's "club". When the feeling is right, go ahead and swing." She does just that and the ball goes off the tee perfectly straight for about 275 yards.
The golf pro says to the woman, "That is unbelievable, I didn't think you would do that well. But now on to your next problem... How are we going to get that golf club out of your mouth?"

An old man is walking down the street one afternoon when he sees a woman with perfect breasts.
He says to her, "Hey miss, would you let me BITE your breasts for $100?"
"Are you nuts?!" she replies, and keeps walking away.

He turns around, runs around the block and gets to the corner before she does. "Would you let me bite your breasts for $1,000?" he asks again.
"Listen you; I'm not that kind of woman! Got it?"

So the little old man runs around the next block and faces her again, "Would you let me bite your breasts - just once - for $10,000?!"

So they go into the alley, where she takes off her blouse to reveal the most perfect breasts in the world.
As soon as he sees them, he grabs them and starts caressing them, fondling them slowly, kissing them, licking them, burying his face in them - but not biting them.
The woman finally gets annoyed and asks, 'Well? Are you gonna bite them or not?'
"Nah," says the little old man... "Costs too much!"

Four Catholic men and a Catholic woman were having coffee.
The first Catholic man tells his friends, "My son is a priest, when he walks into a room, everyone calls him 'Father'."

A young couple got married and went on their honeymoon.
When they got back, the bride immediately called her mother.
"Well," said her mother, "how was the honeymoon?"
"Oh, mama," she replied, "the honeymoon as wonderful! So romantic..."
Suddenly she burst out crying. "But, mama, as soon as we returned Sam started using the most horrible language - things I'd never heard before!
I mean, all these awful 4-letter words! You've got to take me home... PLEASE MAMA!"
"Sarah, Sarah," her mother said, "calm down! You need to stay with your husband and work this out. Now, tell me, what could be so awful? WHAT 4-letter words?"
"Please don't make me tell you, mama," wept the daughter, "I'm so embarrassed they're just too awful! COME GET ME, PLEASE!!"
"Darling, baby, you must tell me what has you so upset. Tell your mother these horrible 4-letter words!"
Still sobbing, the bride said, "Oh, Mama ... he used words like: dust, wash, iron, cook..."
"I'll pick you up in twenty minutes," said the mother.


An elderly man goes into his doctors office for an annual physical. After a while, the doctor comes out and says, "I'm sorry Bill, but we have discovered you have a condition which only allows you another 6 weeks to live."
"But Doctor," Bill replied, "I feel great. I haven't felt better in years. This just can't be true. Isn't there anything I can do?"
After a moment the doctor said, "Well, you might start going down the street to that new health spa and take a mud bath every day."
Excitedly Bill asked, "And that will cure me?"
"No," replied the doctor, "but it will get you used to the dirt."

A husband and wife are shopping in their local Wal-Mart.
The husband picks up a case of Budweiser and puts it in their cart.
'What do you think you're doing?' asks the wife.
'They're on sale, only $10 for 24 cans,' he replies.
'Put them back, we can't afford them,' demands the wife, and so they carry on shopping.
A few aisles further on along the woman picks up a $20 jar of face cream and puts it in the basket.
'What do you think you're doing?' asks the husband.
'It's my face cream. It makes me look sexy and beautiful for you when we're making love,' replies the wife.
Her husband retorts: 'So does 24 cans of Budweiser ... at half the price.'
A married man was having an affair with his secretary. One day, their passions overcame them and they took off for her house, where they made passionate love all afternoon. Exhausted from the wild sex, they fell asleep, awakening around 8:00 pm. As the man threw on his clothes, he told the woman to take his shoes outside and rub them through the grass and dirt. Mystified, she nonetheless complied. He slipped into his shoes and drove home.
"Where have you been?" demanded his wife when he entered the house.
"Darling, I can't lie to you. I've been having an affair with my secretary and we've been having sex all afternoon. I fell asleep and didn't wake up until eight o'clock."
The wife glanced down at his shoes and said, "You lying bastard! You've been playing golf!".

One day I accidentally overturned my golf buggy.

Elizabeth, an attractive and avid golfer who lived in a villa on the golf course,

heard the noise and called out,
"Are you okay, what's your name?"

"Jack, forget your troubles. Come to my villa, rest a while, and I'll help you get the cart up later."

"That's mighty nice of you,"I answered,but I don't think my wife would like it."

She was very pretty and quite persuasive. And I was weak.

"Well okay," I finally agreed, and added, "but my wife won't like it."

After a restorative brandy, and some creative putting lessons,

I thanked my host.
"I feel a lot better now, but I know my wife is going to be really upset."

"Don't be silly!" Elizabeth said with a smile, "She won't know anything.