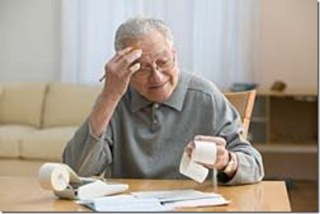 I just received my tax return for 2014 back from the Revenue Canada. It puzzles me!!!
They are questioning how many dependents I claimed.
I guess it was because of my response to the line : "List all dependents" ...
I replied: 2 million Native Indians; 1 million crack heads;
7.3 million unemployed people; 100,000 people in prisons;
Half of Haiti; 105 Senators and 308 Members of Parliament.
Evidently, this was NOT an acceptable answer.
I KEEP ASKING MYSELF,
WHO THE HELL DID I MISS?

A gas station in Halifax was trying to increase it's sales. So the owner put up a sign saying "Free Sex With Fill-Up."

Soon a Canadian pulls in, fills his tank, and then asks for his free sex.

The gas attendent tells him pick to a number from 1 to 10 if he guesses correctly, he will get his free sex.

The gas attendent says, "You were close, sir, but the number was 6. Sorry, no sex this time."

A week later, the same Canadian, along with his buddy, pulls in for a fill up. Again he asks for his free sex and again the gas attendent gives him the same story and asks him to guess the correct number.

The gas attendent says, "Sorry,it was 4. You were so close, but no free sex this time."

As they were driving away, the Canadian says to his buddy, "I think that game is rigged and he doesn't really give away free sex."