Zingers
~ "His belt isn't inserted through all the loops."
~ "An intellect rivaled only by garden tools."
~ "As smart as bait."
~ "Doesn't have all his dogs on one leash."
~ "Elevator doesn't go all the way to the top floor."
~ "Her sewing machine's out of thread."
~ "His HD antenna doesn't pick up all the channels."
~ "She's all foam, no beer."
~ "He's missing a few buttons on his remote control."

One slice short of a loaf.
His chimney doesn't go all the way to the top.
One float short of a parade.
Not the sharpest knife in the block (or drawer).
One card short of a deck.
Not playing with a full deck.

Are you guys talking about ME? LOL

No dictionary has ever been able to satisfactorily define the difference between complete” and “finished.” However, during a recent linguistic conference held in London, England and attended by some of the best linguists in the world, Samsundar Balgobin, a Guyanese linguist, was the presenter when he was asked to make that very distinction.
The question put to him by a colleague in the erudite audience was this: “Some say there is no difference between ‘complete’ and ‘finished.’Please explain the difference in a way that is easy to understand.”

The man said to the dentist, "Doc, I'm in a terrible hurry. I have two buddies sitting out in my car waiting for us to go play golf. Forget about the anesthetic; I don't have time for the gums to get numb. I just want you to pull the tooth and be done with it! We have a 10:00 AM tee time at the best golf course in town, and it's 9:30 already. I don't have time to wait for the anesthetic to work." The dentist thought to himself, "My goodness, this is surely a very brave man, asking to have his tooth pulled without using anything to kill the pain." So the dentist asked him, "Which tooth is it, sir?" The guy turned to his wife and said, "Open your mouth, honey, and show him." 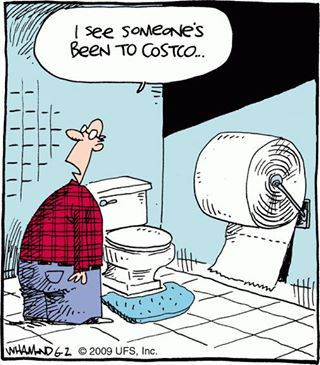 A blonde reports for her university final exam, which consists of mainly true and false questions. She takes her seat in the examination hall, stares at the question paper for five minutes, and then in a fit of inspiration takes her purse out, removes a coin and starts tossing the coin and marking the answer sheet: true for heads and false for tails. Within 30 minutes she's all done, while the rest of the class is still working furiously. During the last few minutes, she is seen desperately throwing the coin, swearing and sweating. The moderator, alarmed, approaches her and asks what is happening. 'I finished the exam in a half hour,' she replies, 'and as I have more time left, I'm rechecking my answers.'

Three women who were friends in high school have returned to their Hometown to attend their 45th reunion and have lunch together. Their talk turns to their position in life, and it's clear that they are trying to one-up each other. The first woman says, "My husband is taking me to the French Riviera For two weeks," and then looks at the others with a superior demeanor. The second woman says, "Well, my husband just bought me a new Mercedes," and looks about with considerable pride. The third woman says, "Well, to be perfectly honest with you, we don't have much money and we don't have any material possessions -- But 13 canaries can stand shoulder to shoulder on my husband's erect penis." After a long silence, the first woman looks shame-faced and says,"Girls, I've got a confession to make. I was just tryin g to impress you. We're not really going to the French Riviera . We're going to my parent's house for two weeks." The second woman says, "Your honesty has shamed me. To be honest, my husband didn't buy me a Mercedes -- he bought me a Taurus." "Well," the third woman says, "I also have a confession to make. Canary number 13 has to stand on one leg."

A blind man, deaf man and a lame man went on a pilgrimage to a healing spring. The blind man washed his eyes with water from the spring and exclaimed "I can see! I can see!" The deaf man washed his ears with the spring water and exclaimed "I can hear! I can hear!" The lame man drove his wheelchair into the water and out the other side yelling "I got new tires! I got new tires!"